Hey everyone! I have, like many other small business owners, been royally stuffed up by the Coronavirus crisis. Purchasing my book will go a long way to helping me through this difficult time.

Book I of the AXOM Saga

There ain't no such things as cyborg snakes that skewer you through the heart and eat your sister... are there?

Nathan Grant, an Aussie student at Warrawul Boarding School, has a pretty normal life. A chance encounter with a flesh-eating Homunculus turns all that upside-down! Savagely killed by the creature, Nathan is brought back to life by the Alchemic Warrior, Astrid Rachelle. In so doing, she bestows upon him the powers of the Arms Alchemy: his soul in weapon form. Determined to use this power to its fullest value, Nathan joins Astrid on a hunt for the Homunculi infesting his town, before his friends and sister become lunch. 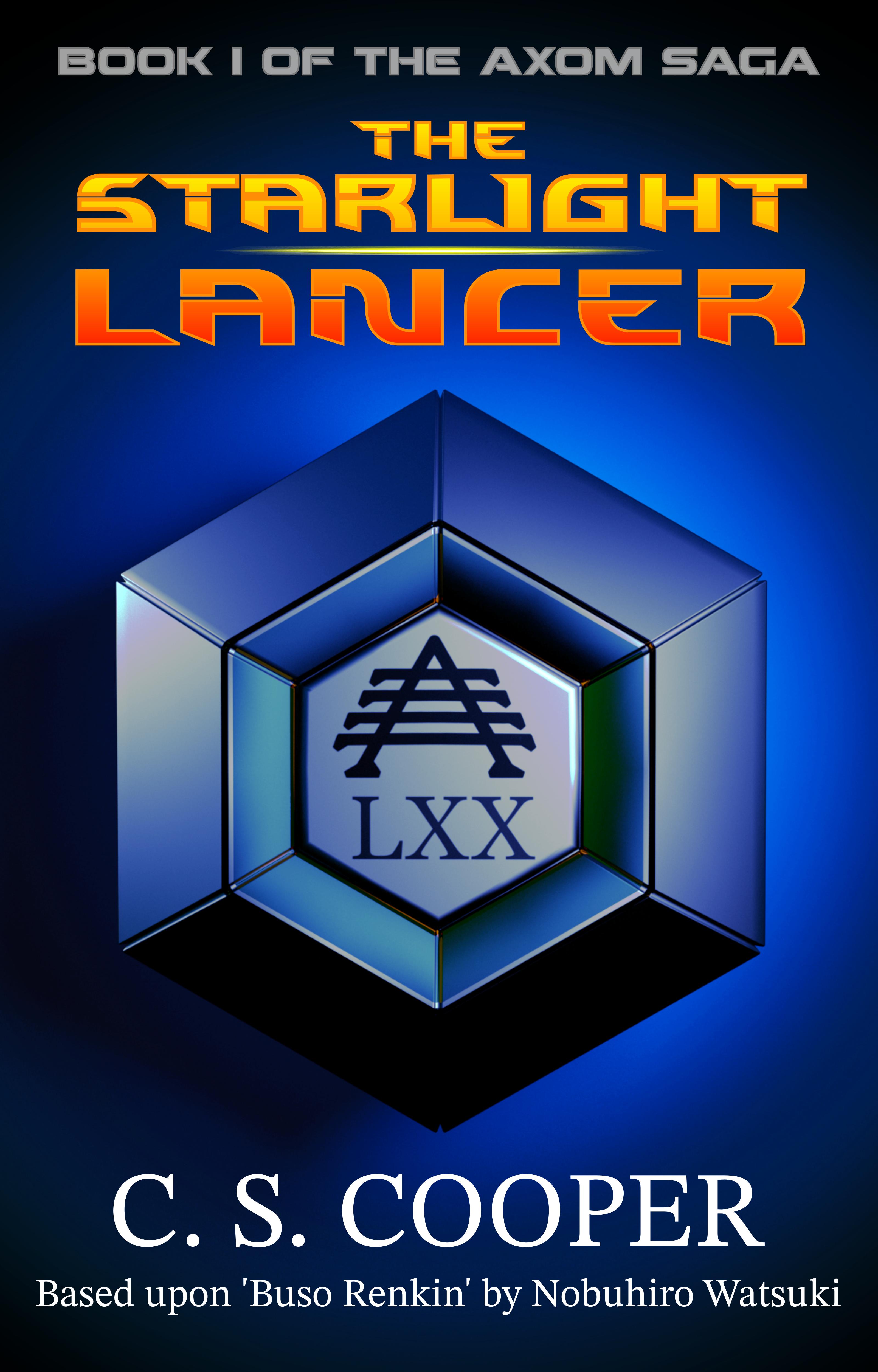 Book II of the AXOM Saga

A hunt for magical creatures, a viral video series... what could go wrong? Aside from your love life...

Tokyo Middle-Schooler, Sakura Kinomoto, bought a book of tarot cards for her friend's fifteenth birthday. Before wrapping it, she took a look inside and was propelled into an adventure beyond her wildest dreams. Who'd have thought a series of viral YouTube videos would be the perfect front for a hunt for magical beings disguised as a deck of cards? 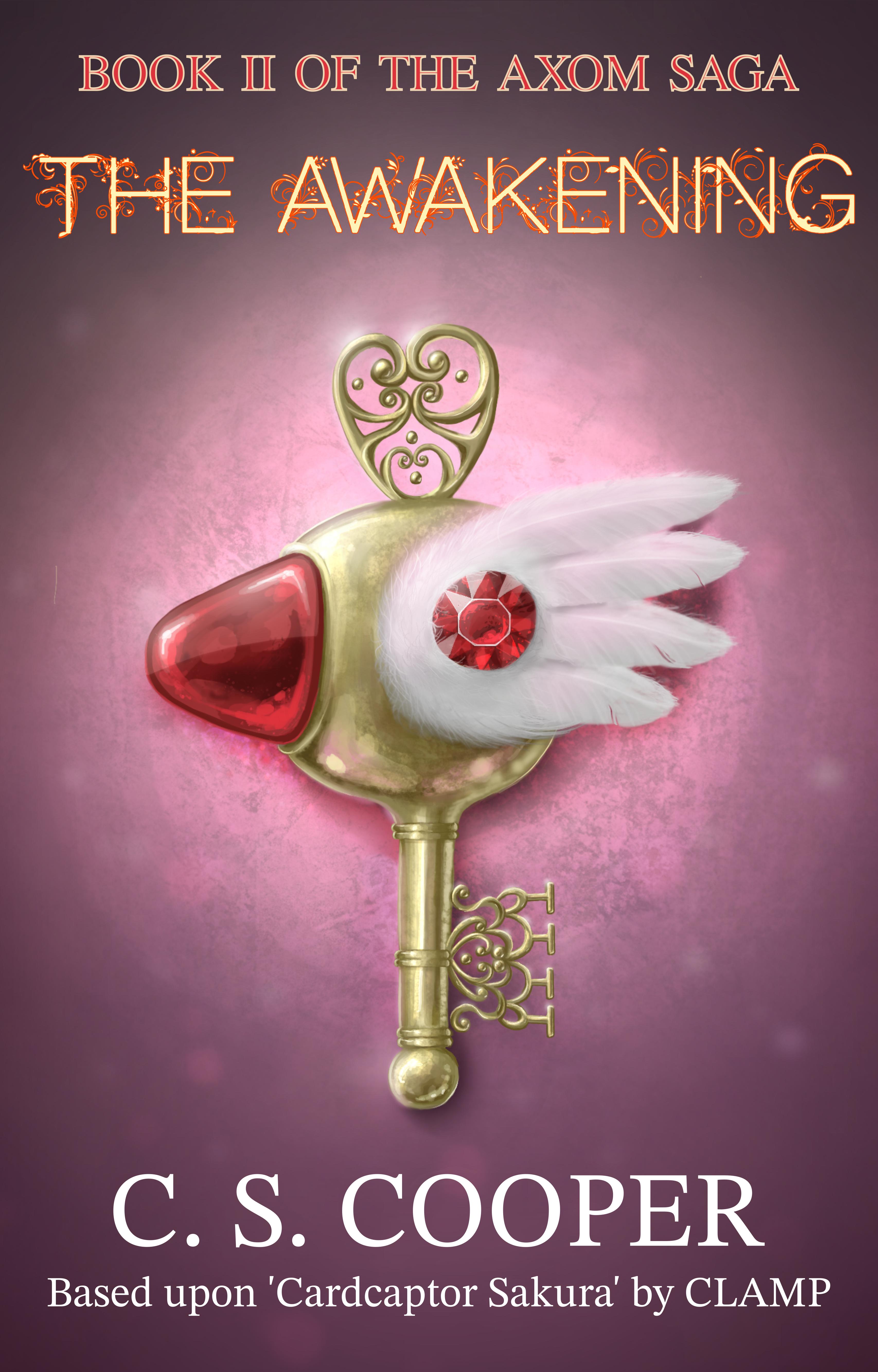 Path of a Hero

Book III of the AXOM Saga

Nathan Grant thought Papillon’s Homunculi were tough. But now he’s up against the L.X.E., and their plot to wipe out humanity.

Two months ago, Nathan Grant was thrown into the world of Alchemic Warriors and the flesh-eating Homunculi they hunt. His mentor, Astrid Rachelle, left him to go back to his life with his friends and sister... who think he's the Starlight Lancer, defending the town from evildoers. Thanks to that constant reminder, he can't shake the traumatic memories of his encounter with the wretched Homunculi. Then Astrid comes back into his life with a new mission: find and destroy the League of Extraordinary Elects, a Homunculus society with a plot to annihilate all of humanity. Now Nathan has to make a choice: relinquish the Arms Alchemy, and risk a catastrophic enemy victory... Or abandon his normal life, follow the Path of a Hero, and truly become the Starlight Lancer.

Book IV of the AXOM Saga

Maka Albarn and Soul Eater – two legendary instructors of DWMA. When an ancient enemy arises, these two will turn up the heat big-time!

Death The Kid, son of the Grim Reaper, discovers that graduates of the Demon Weapon Meister Academy are being brainwashed and enslaved into an army. The consequences to DWMA could be devastating. Determined to find the culprit, he looks to his father's elite for help. But all the Reaper can spare is a quartet of misfits, their personal problems seemingly greater enemies than the mounting apocalypse. 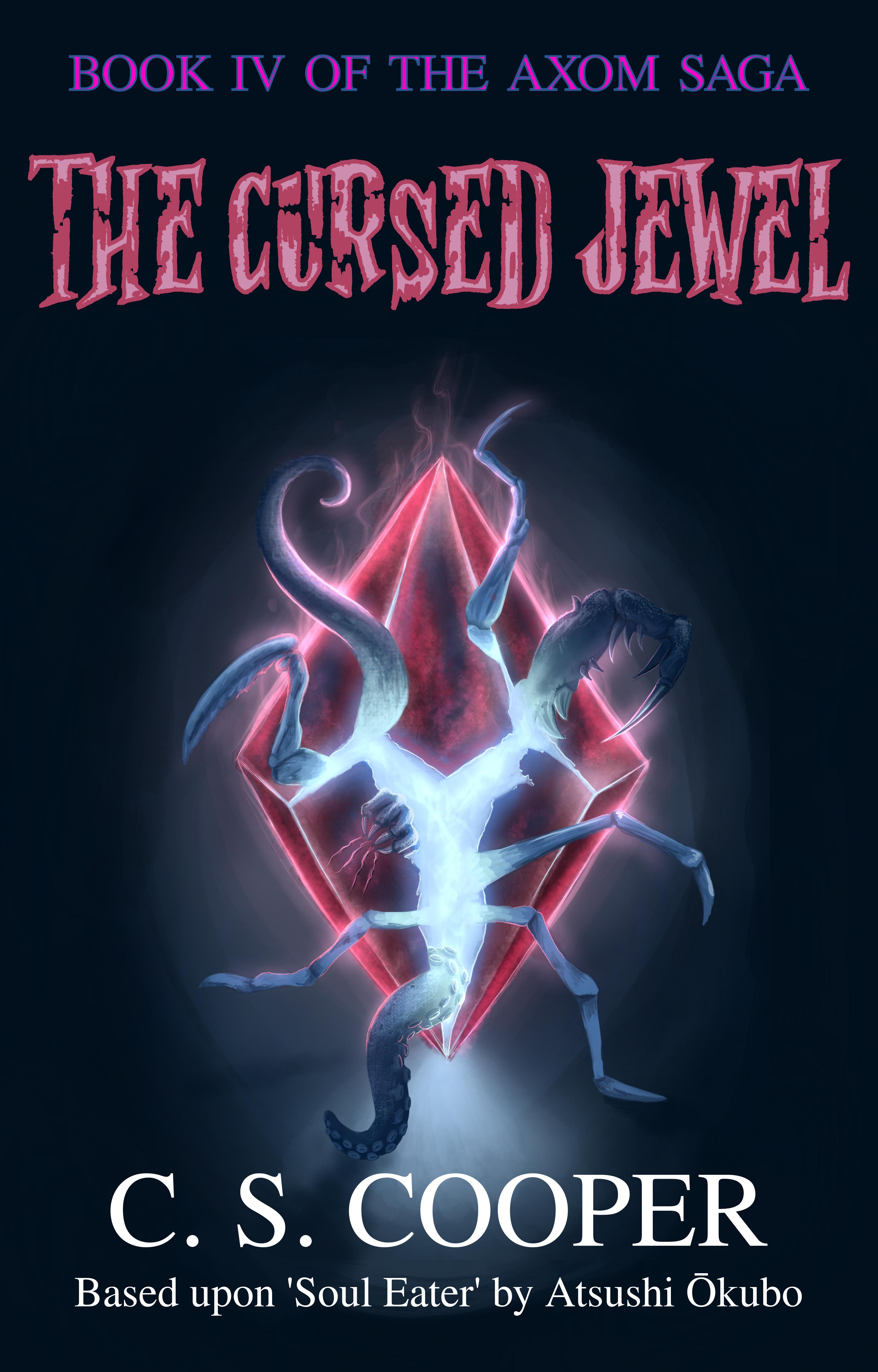 Book V of the AXOM Saga

Metanoia - A transformation of the heart.

Sakura has a lot to enjoy in life: she's got her crush, her paparazza best friend, a new English teacher from Scotland, and cards that bestow magic powers. But unbeknown to her, mysterious forces work to slowly turn her happy life upside down. 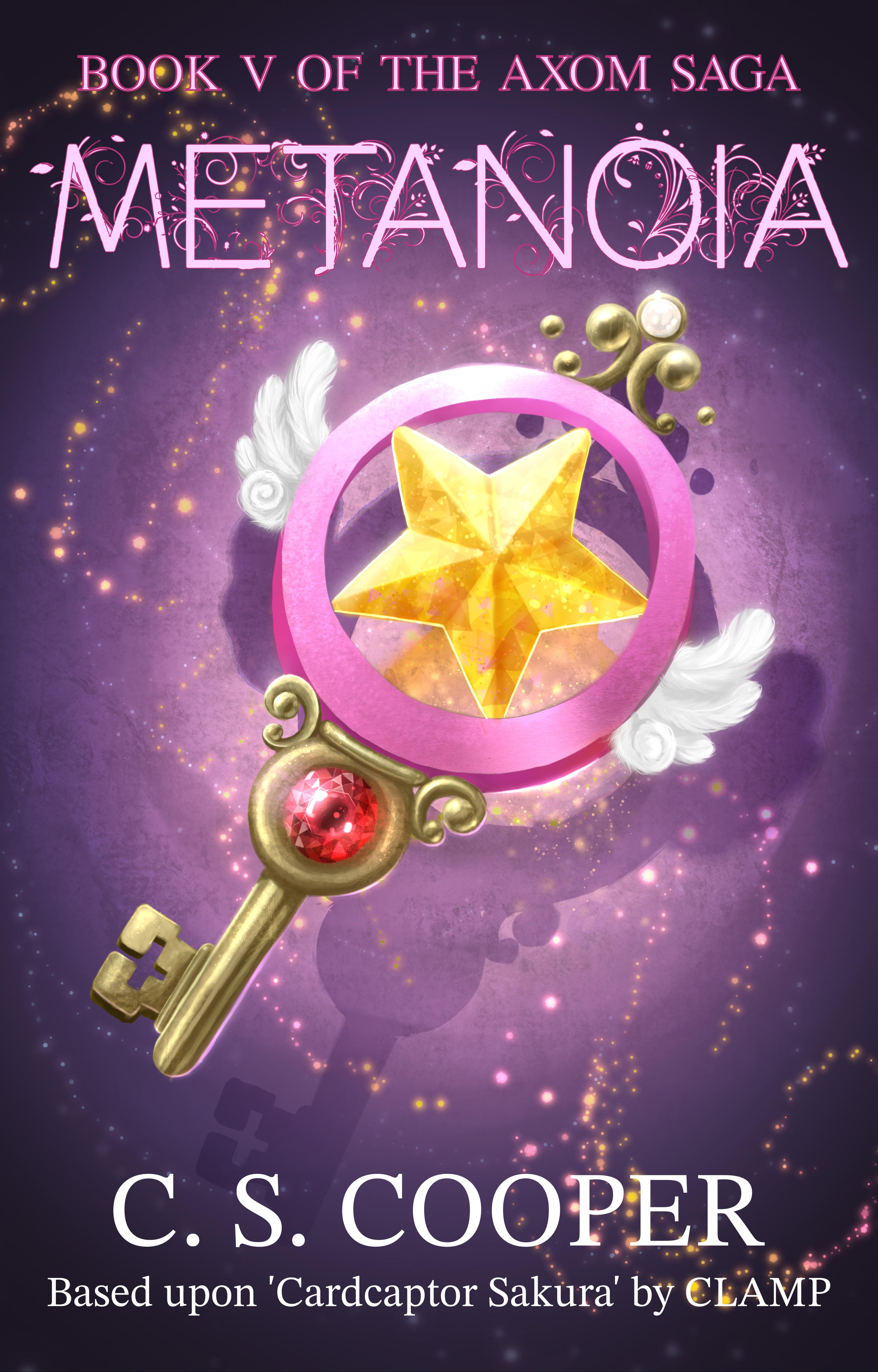 Book VI of the AXOM Saga

When a Witch and a Homunculus join forces in malevolent purpose, who is the world to turn to, but a team of underlings ready to avert the apocalypse at any cost?

Shaula the Witch has joined with Homunculus Moonface, with a plot to destroy DWMA and the Alchemic Regiment. Now, these two rival factions must put aside their bitter differences and join with the Lee Clan of magicians to fight this nemesis. But their bad blood keeps them apart. Who is the world to turn to? Who else but a pig-tailed bookworm who fights like Hermione Granger had a baby with Darth Maul; her boyfriend, an albino T-1000 on demonic steroids; a life-sucking zombie boy with a hunk of metal where his heart should be, and the battle-scarred DocOck who put it there; a magic-wielding Wing-Chun master and a YouTube celebrity who, with a deck of magic cards, literally controls the freaking weather! Could you ask for a more epic team-up? 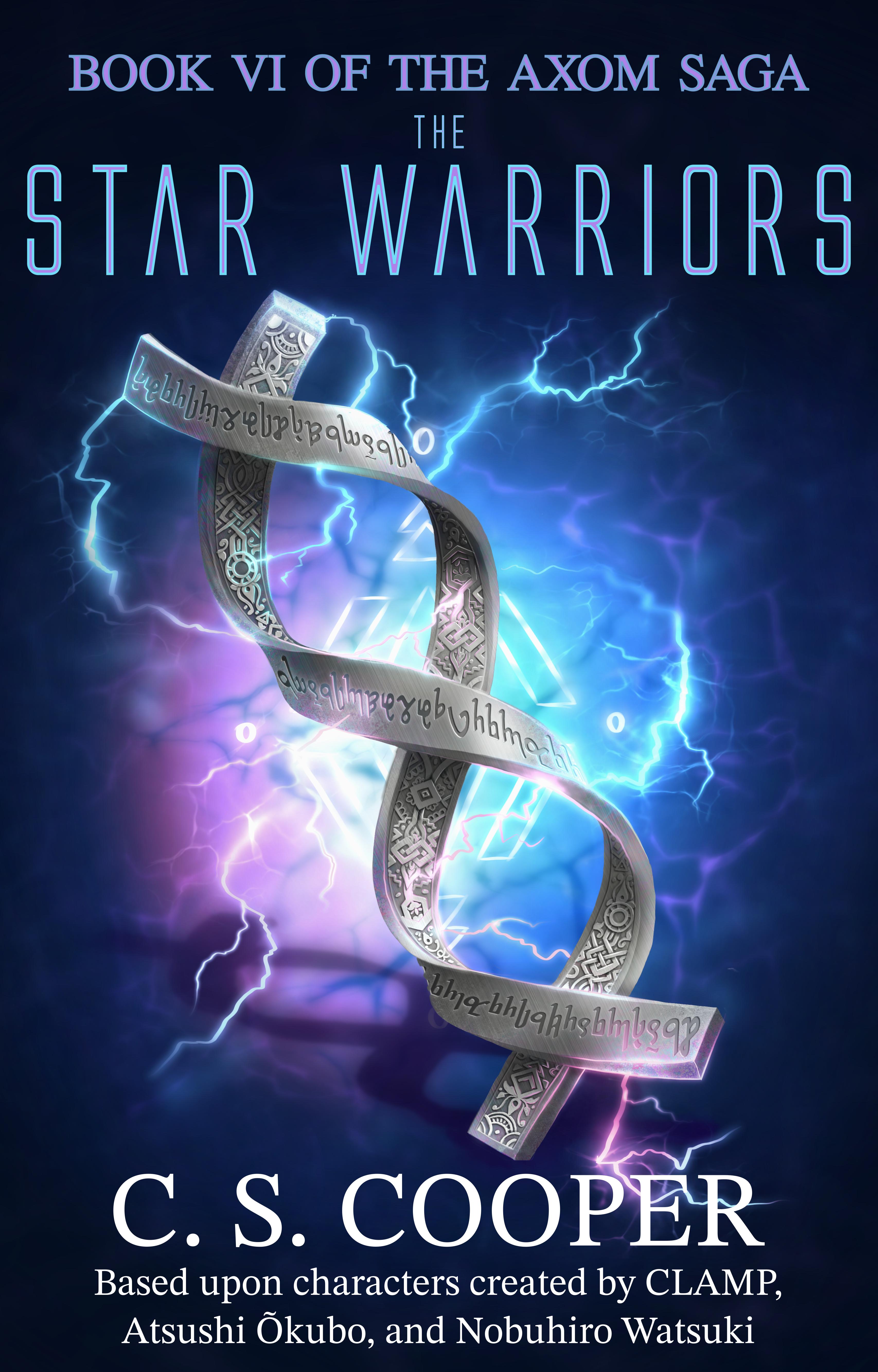